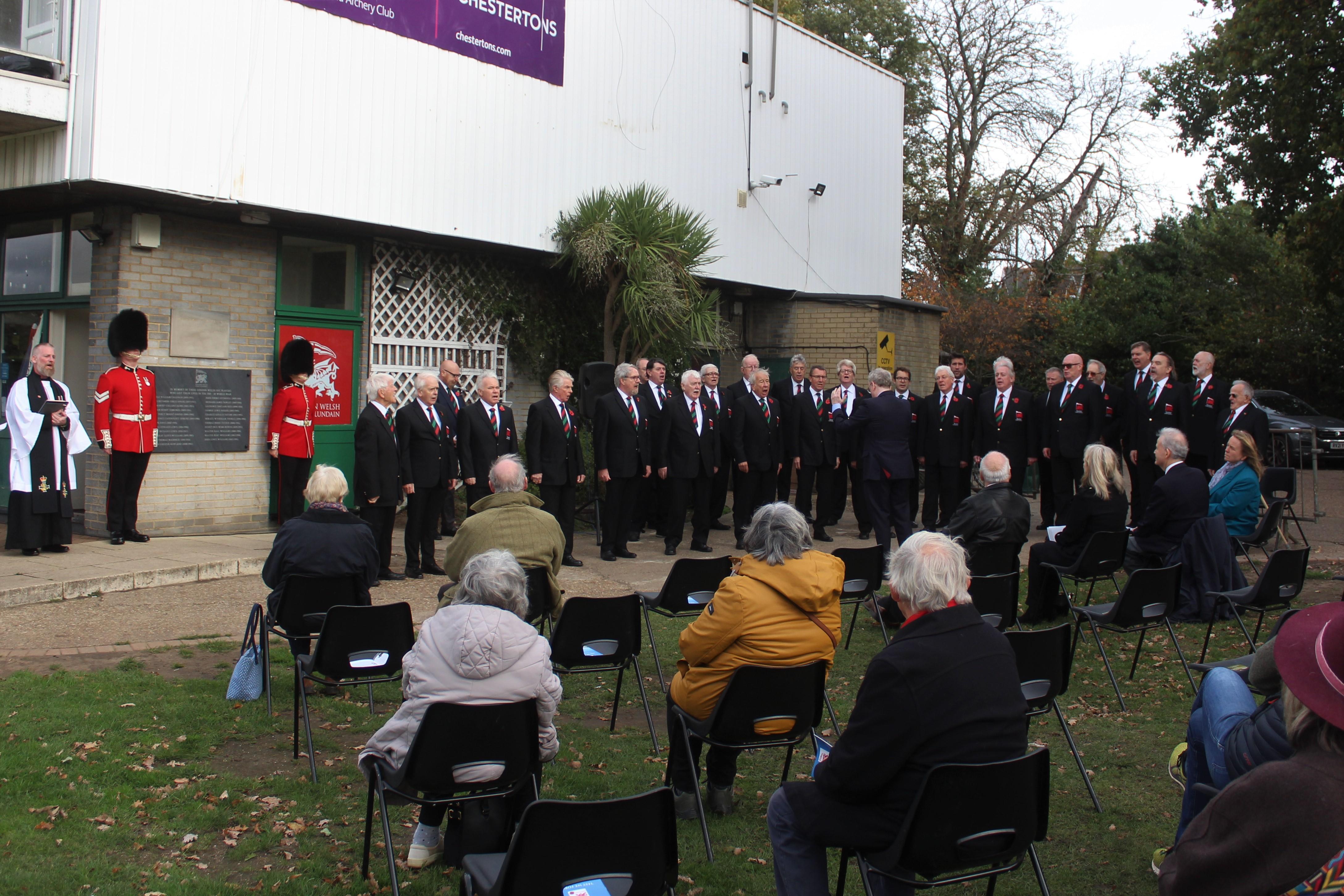 At the London Welsh Armistice Memorial Service held in November 2019, it was brought to the attention of the Club that many London Welsh players from the 1913/14 season who enlisted in the British Army sadly lost their lives in the First World War.

It was decided that a plaque be created to remember their brave sacrifice, which, although delayed by the pandemic, has now been installed outside the Clubhouse, made possible in no small part by the generous donations from our members funding the engraving on the plaque. The formal unveiling of the memorial was held on Saturday 6th November 2021, prior to the match against Medway RFC.

The event was attended by Dr Julian Lewis MP, a military historian and the Chair of the Intelligence and Security Committee of Parliament, and the Mayor of Richmond. Also, in attendance were the LWRC Choir and the Welsh Guards.